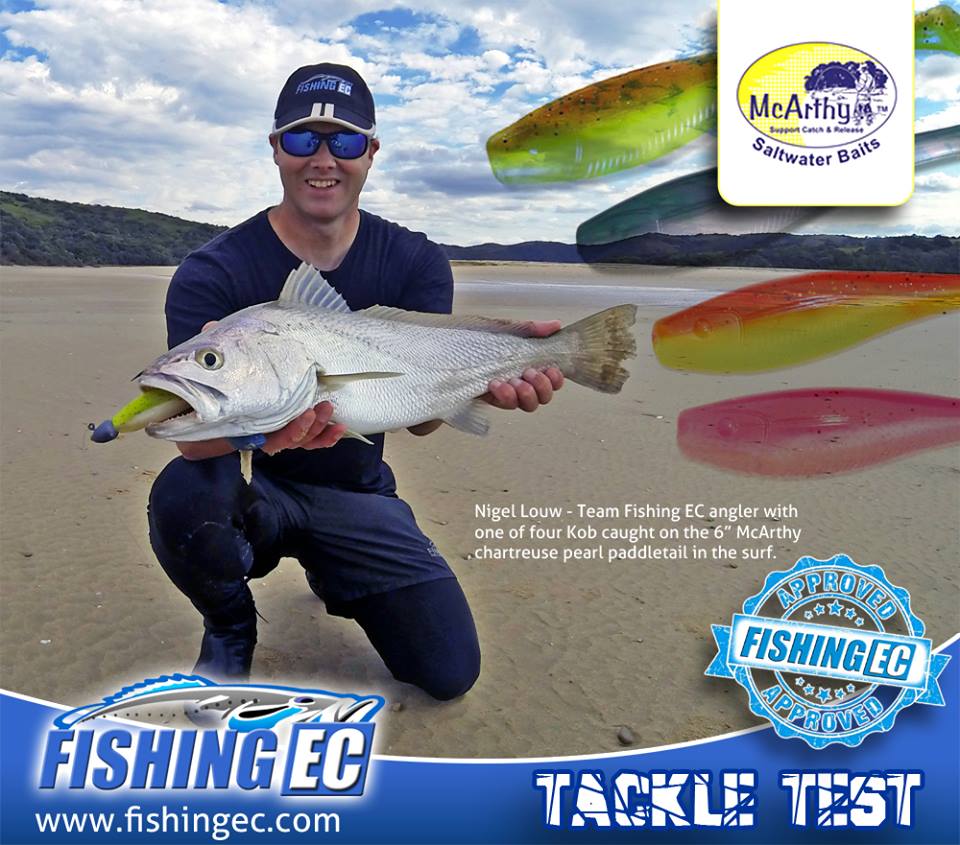 There have been a lot of anglers braving the heat waves of KZNs coast to catch some excellent fish. With temperatures being in the high 30s for most of the week, anglers have come home red and smiling, with the bigger game fish really showing that they have arrived to the Ski Boat anglers, and the flatfish and Sharks showing off their strength to the Rock and Surf Anglers.

Kosi Bay has been incredibly productive to the guys fishing for light edibles on spoon and bait with lots of Bonefish, Stumpnose and Wave Garrick coming out, there have also been some reports of a few flat fish coming out, so if you’re off to Kosi for a holiday, make sure you pack everything from light spinning to heavy slide baits.

Richards Bay North, Shlaban and Casuarina’s are producing excellent fish for those who are interest in fishing for big flat fish and Sharks, and there have been reports of big Honeycombs, Sand Sharks, and Diamond Rays in the shallower areas with anglers picking up the odd Raggie when their bait moves off the edge of the bank. This area has truly been a hot spot for anglers trying to break their personal records.

Richards Bay South has been producing some good fish when the conditions are right, unfortunately the heatwaves have been warming the water up a bit much and is chasing these fish away.

Ballito to Blythedale has proved its worth with plenty of anglers hooking into monster Sand Sharks and Honeycomb Rays. Anglers have been having most luck on fresh Shad cutlets and Mackerel baits, anglers after really big fish have been having the best luck around the Mail Boat area.

Ballito south has been producing some good fish lately even though the fish are on the smaller side. There have been lots of Diamond Rays and Sand Sharks around this area so holiday makers that are still a bit green when it comes to fishing for bigger flatfish should really make an attempt around this area. 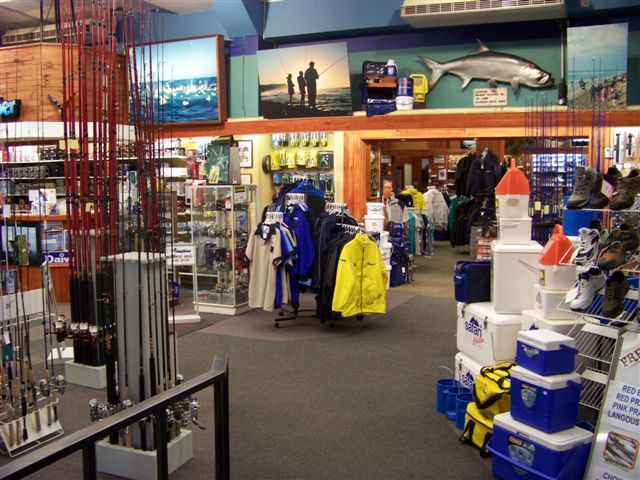 It didn’t take much to get the Ski Boaters on the water and towards the end of the week and over the weekend, many fish saw the gaff, mainly at Cape Vidal and St Lucia. Good catches of Wahoo were seen at St Lucia, mostly caught of strip baits and live baits. Just a tip, when using lures and live bait in an area which is known to produce Wahoo or has been producing Wahoo recently, all lures and live baits should be fished with steel trace. Wahoo have some of the sharpest teeth in the ocean and will not hesitate to bite straight through even 1mm fluorocarbon. For diving lures such as Rattlers, a minimum of No. 6 wire should be uses, and on Kona’s and surface lures, no less than 150lb Carbon coated wire. Don’t take a chance, because a Wahoo of even 15kgs will give you a fight that you would not want to miss out on!

Due to the “up and down” seas over the last week, the Durban anglers have had to be fussy about launch days. The weekend was touch and go, but fishable, and those who could not resist a launch and made the attempt to get out of bed at 3am, were very pleased with what was offered to them. Boats saw Wahoo up to 18kgs, Tuna were caught and Dorado were still plentiful.

The Snoek were on the bite for a few lucky anglers at first light off Glen Ashley and Virginia, and were caught mainly on small Rattlers and Strike Pro Magic Minnows. A few boats also had fun with spoons at a few of the rips off Hyper. Bottom fish off Toti, Warner Beach area were gale force, with most of the fish being Reds and Rock Cod.

South Coast anglers found themselves puzzling for Amberjack and Yellowtail, which did show up eventually and made many a charter crew angler happy. Good trawl Soldiers in the deep, the odd Daga and Geelbek and also good catches on trap sticks of Tuna and Wahoo

There has been plenty of action in Durban Harbour lately with few excellent fish being caught. Light tackle anglers who are lucky enough to have boats are making their way to the Coaling Warf where the Strike Pro Lures really seem to be cleaning up. There are plenty of Kingies, Pick Handle Barracuda and other game fish around this area that anglers can target on ultra-light rods, reels and braid. Lures are definitely the way to go at the moment as the game fish species around this area cannot leave them alone. There are still plenty of Brown Rays around at the moment with the hot bait still being Cracker or Baby Squid. If you are using Cracker to target these fish, there is a high chance that you will pick up more Grunter, but it is not out of the ordinary to pick up these large flatfish. There are plenty of Grunter around the Centre Bank if you are able to get yourself onto a boat, but otherwise if you wait for low tide, you can wade the banks and fish around the Wilsons Warf area and the Yacht Mall area, you will pick up a lot of the much smaller fish but the opportunity is there for you to catch a monster. If you find yourself puzzling for fish, there is a fish out there that will hit your lure every time it sees it, not out of hunger, but out of aggressiveness. The Sand Gurnard is an incredibly territorial fish and an amazing fighter; these fish are often caught on sinking Rapalas and drop shot, when you leave your lure to sink to the bottom. These fish keep to the same area of the harbour and can grow well over 5kgs; they sit on the harbour floor and wait for any unsuspecting fish to cruise past. This fish attacks by half burying itself in the sand, then using its strong body to launch itself at the unsuspecting prey. By dragging your drop shot along the floor, you entice this fish to attack, and once you have hooked him, prepare for an amazing fight. Just a few things to remember when handling this fish, there is little meat on this fishes body so release is a better option, it has incredibly sharp spines all along its body and blade like gill plates. 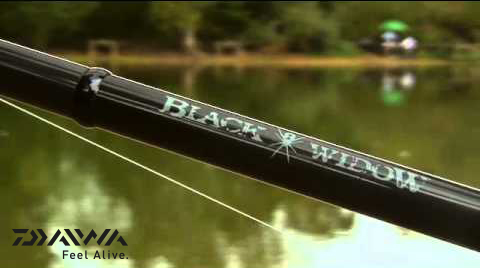 With water levels still dwindling at Inanda Dam, the Carp fishing has been a little quieter this past week. The water has been an off green colour and there are not many fish over the 6kg mark coming out, however, there was one report of a fish of 17kgs coming out next to the last slipway of the campsites.

This fish was reported to have been caught on a tiger nut bait. The angler was reported to be the only one catching fish. When we asked what ground feed he was using, Super Cast SVB with a hint of Super Cast Hemp Seed was the winner.

Nagle Dam has been producing lot of fish in the 6-8 kg range with anglers opting for the sweeter essences for their feed, as well as their hook bait being raisons; this seems to be doing the trick for most of the fish in this dam, as there are multiple pickups during the night.

Hazelmere Dam is producing a few good Carp at the moment; anglers using milk powder and fluorescent have been having the most success in the murky water.

There seems to be a creature bait theme at the moment with lots of anglers opting for the slow pulled bottom lures for Bass. This seems to be working in a lot of the dams with a lot of fish over 2kgs coming out like this. Anglers fishing flukes slowly along the bottom and heavily weighted worms are having the most luck. With the heat rising, the fish are moving deeper and deeper, so if soft plastics are not your style, then a deep lipped crank bait will do wonders for your catch percentage. Inanda has produced some decent fish for the angers over the past week with plenty of these fish coming out at around 2kgs, anglers from the sides are at a bit of a disadvantage as the cover from the trees and submerged structure is now well up the bank.

Hazelmere is still producing good fish in its new submerged grass areas on almost anything. Guys are having the most fun on light fly outfits and smaller woolly buggers and Falcon Poppers. Nagle Dam has produced some good fish with the damn still predominantly full. Surface baits are the name of the game at this dam with the McArthy Frog in a white colour cleaning up the fish. Most fish coming out are around the 1.5 kg mark but there has been at least 1 fish of over 2.5 to report from this last week. There has been plenty of Red Breasted Tilapia that has been taking the smaller jerk bait and crank baits as well in this dam, which adds a smaller level of excitement to the fishing.

Underberg has been producing excellent Rainbows and Brown Trout over the past few days in most of its dams. With the weather heating up a bit, a fast sinking line and beaded head streamer fly will work well. The streamer fly is used to mimic the Minnows that the bigger Trout prey on when down deep, the Mrs Simpson and Hammles Killer will work just as well over this time of the year, however we have been hearing lots of reports that the Walkers Killer seems to be the fly of choice at the moment, if you are lucky enough to have one.

The latest series of Hier Gaan Ons Alweer with Petri de Wet premieres Monday evenings at 17:30 on kykNet, channel 144 and there are a number of repeats during the week. The repeats are on Tuesday and Wednesday at 10:00, Thursday at 16:00 Saturday at 13:00 and Sunday at 23:30. Series 15 runs for three months, ending on the 26th December 2016. As most of you know, Petri and his guests cover various angling styles (fresh and salt water) in and around Southern Africa

Go to www.facebook.com/thekingfisherdaiwa and “Like” us on Facebook to catch reviews, videos, fishing reports, great promotions and