With what seems to be the hot weather over and done with, we look back on what was a slower week for Natal fishing in all facets. 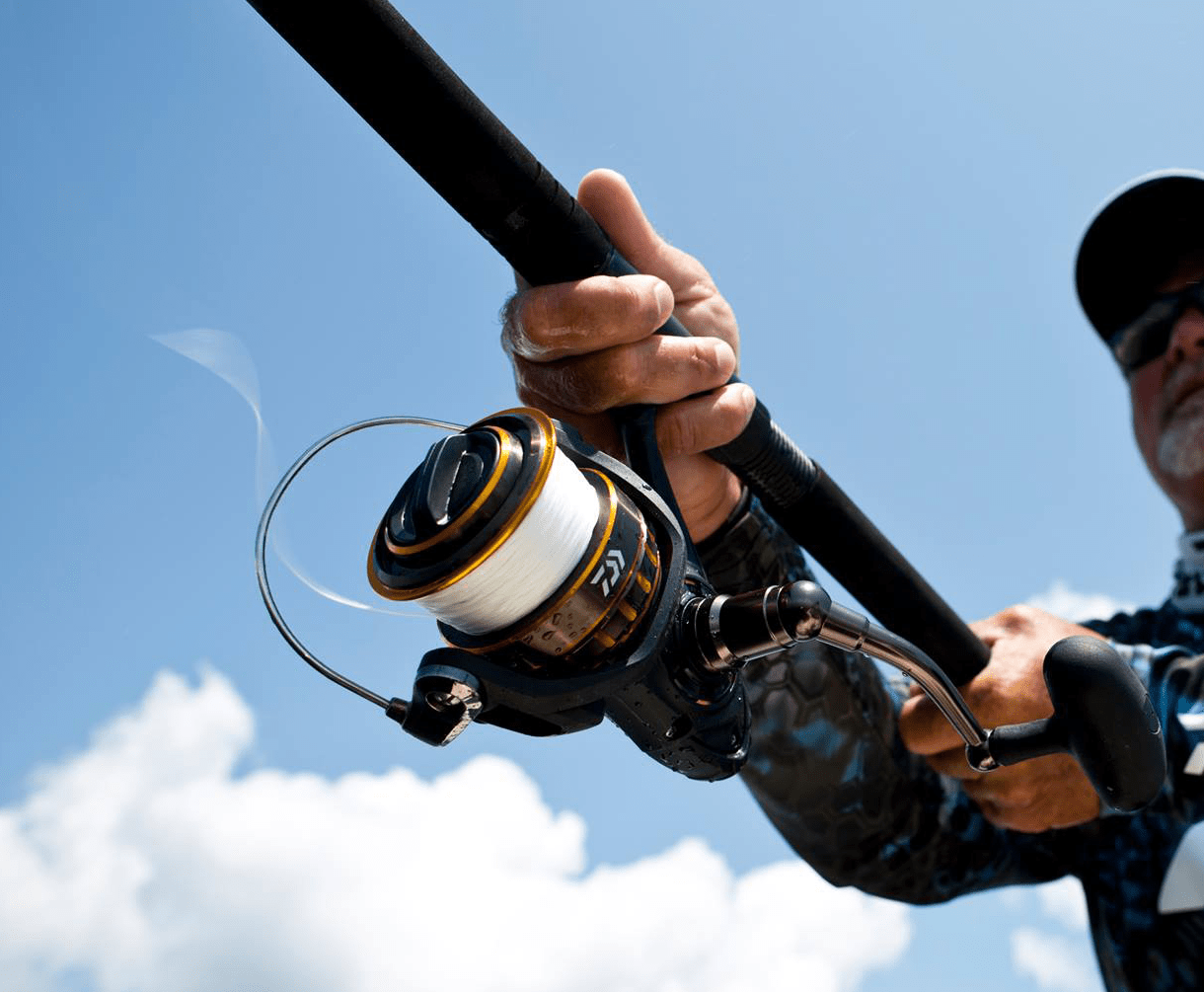 Sodwana Bay has been producing some good fish over the past week even with the temperatures pushing the high 30s. High winds have made for a big swell with lots of Ski Boaters turning away from launching. Anglers who have braved the weather have been rewarded with a few Cuta and Dorado, there does seem to be a few Tuna around still but they are being very temperamental with bait, mainly only eating live Maasbanker.

Cape Vidal has seen lots of Dorado action with Tuna being found in the deeper water, there are a few Snoek hanging around closer to shore and these fish are hungry for the spoon. The smallest bullet like spoon in your tackle box will be the best suited for targeting these fussy eating fish, as they often do not respond to trolling lures and bait.

Zinkwazi has seen smaller pockets of Snoek over the last week but high temperatures have sent them into the deep. Anglers complaining about these fish not being interested in trolling lures and only taking bait, remember when fishing for Snoek to always make sure that the skirt in front of the bait is not able to shoot up the line if it gets taken, there is a very real possibility that another Snoek will try and eat the skirt while its up your leader, this will end up in a very unhappy angler having to tie a new leader and trace.

Tinley Manor is producing a few Snoek as well, unfortunately very quiet on the bait front as well as any sort of bigger game fish, there does seem to be a few smaller Dorado around as well as a few loners.

Anglers fishing Westbrook are enjoying the few Snoek, Dorado and Cuta that seem to be hanging out in this area, anglers are still struggling to find bait over the last week due to the water temperature being so hot, and Mackerel and Red Eye don’t seem to want to jump on our live bait strings.

Umhlanga is producing a few Tuna around the Barge and a few fish in the deeper water. There are still plenty of Dorado around the ships but they also are only interested in live bait, which is becoming harder and harder to find. Hopefully with this week being slightly cooler, we will be seeing a few more pockets of bait and some good catches to go with it.

Durban has been fishing relatively well even with this heat, some anglers are getting lucky and getting plenty of fish while others are trolling for ages and not picking up a thing. This cooler weather that has seemed to have graced us should wash a lot of debris into the water, which means the colour line off Durban should improve dramatically and hopefully draw some bigger game fish in close. Remember when fishing the colour line to every now and again troll into it rather than next to it, this will bring fish deeper in the dirty water to come in closer, but also be careful of pieces of wood and plastic floating in the water as this may damage your boat. 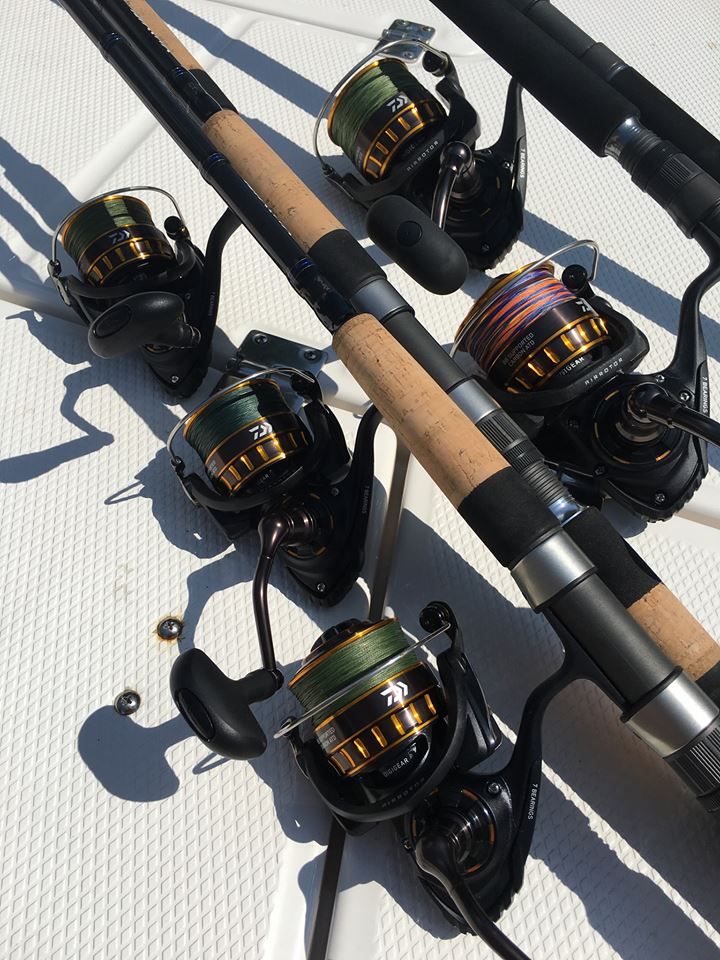 Up the North Coast anglers have been burnt to a crisp trying to catch the bigger inedible fish that have been prowling the coast. Anglers putting in the time all along the Zululand area have been rewarded with good catches of Honeycombs, Diamond Rays and Sand Sharks. These fish have all been caught on big Chokka baits; Mackerel and Red Eye are seemingly hard to come by, but anglers that are using them are really reaping the rewards. Grey Shark activity has been quiet with only the odd fish coming out here and there, these fish will be waiting for the dirty water as angler Ray Thompson says that this is the best water to target them in. The dirty water will hopefully attract other nonedible fish to the Zululand shores as anglers are hungry to put their set ups to the test.

Durban has been quiet unfortunately with only a few Grey Sharks being landed, there have been a number of Duckbill Rays being hooked and landed around the Virginia Beach area, and these fish are an excellent tussle on medium tackle. An excellent Zambezi Shark of between 80 and 100kgs was landed by angler Barry Watts, AKA Sinbad the Sailor last week, this Shark was caught off the beach on a throw bait of Chokka, it is uncommon to find these fish taking throw baits opposed to live baits, but Barry clearly enjoyed this unique catch.

Toti has been producing some nice flatfish at the moment around the Warner’s Tidal Pool, anglers fishing Pota Squid seem to be coming right with the Grey Sharks, Diamond and the Brown Rays, and there have been a few catches of Honeycomb as well. There is a resident Honeycomb that is said to be well over 150kgs and has been spotted by divers on more than one occasion, anglers getting spooled seem to have a personal relationship with this beautiful fish.

Scottborough seems to be producing some good Grey Sharks at the moment on Shad cutlets, local anglers have been catching plenty of undersize Shad amongst the bigger fish, it is imperative that these fish go back to insure a future for our fish and anglers.

Port Shepstone has only given us a few Bronze Bream and the odd Hound Shark in the deeper water around Shelly Beach and Splash Rock, anglers fishing artificial and spoon don’t seem to be having the best time around that area at the moment and we hope that their luck changes soon.

Transkei has been very quiet with very little fish being caught from Port St Johns and further, anglers reckon that the fishing should come right once the rain has stopped and the water cleans up.

There have been plenty of Kingfish around all over the harbour taking all kinds of different lures, paddle tails seem to be working well at the moment around the rocky area with some lucky anglers hooking into Rock Salmon. Anglers fishing off the boats around the banks seem to be hooking into lots of Grunter around the 2 – 3 kg mark. These bigger Grunter seem to have shied away from the conventional Cracker bait and are now looking at Squid baits, this is good news for anglers with no Cracker license. There are a few Perch hanging around the boats, these fish will take anything from a bread crust to Sardine fillet, they give a brilliant fight although they are not a good eating fish. There have been a few Kingies around the Yacht Mall area with anglers using small 2gram lures to entice them closer to the rocks. To throw such a light lure, we recommend a 6 foot rod or shorter, not unlike the Daiwa Laguna 5’ 6” ULFS, this rod paired with a 1000 Daiwa Crossfire reel is amazing fun to those fishing ultra-light lures. The Block has also been producing some good Grunter in the much deeper channels with a few anglers hooking into fish that they cannot stop. Unfortunately anglers fishing from the Block do not have the luxury of following their fish when it takes off and they can’t stop it like the anglers on the boat do, and are often losing their fish. Anglers fishing the South Pier are hooking up with some really beautiful Kingfish; there have been one or two Snoek around but not enough to start a Snoek frenzy. Anglers seem to have progressed from looking for Brown Rays in the harbour to taking to task the bigger Rock Cod that hang around the walls and in caves around the harbour. Anglers are fishing slightly heavier with trolling rods and 6500 size reels, bait being used is usually a full Pota Squid or medium sized Chokka, rigged on a Mustad Demon Circle 8/0 or 10/0.

Nottingham Road has received ~75mm within the last 3 days, with reports of much more higher up.  The dams are filling and spilling over – the rivers are pumping.  Great news, but perhaps not so for the SA Fly Fishing Senior Trials that are to be held on the Mooi River in the upper Kamberg this weekend.

Inanda has been producing some excellent Carp along the deeper stretches of water, anglers fishing 150 to 200m out with a low viz line seem to be getting the pulls. Anglers are advised to use upwards of 15lb, as anglers over the last two weeks have been getting snagged. Honey and Banjo seem to be the bomb flavours in Inanda at the moment but anglers are being picked up by the 2-5kg fish on all flavours. Shongweni is producing some excellent Carp at the moment with most anglers dropping their bait at around 300m, anglers are creating feeding areas using Super Cast Vaal Dam with a mixture of Eggshells and small bits of Banana peel. Local anglers to this site will often make their feeding areas out of any food that would otherwise be thrown away, this can include anything from Onion peels to crushed Chicken bones, a variation will often lead to a better result as fish will be attracted to feed that they are not used to.

Albert Falls is producing some beautiful Carp on Banjo floaties, anglers have reported that there are plenty of Tilapia around that are taking the floaties, these fish scream off and give you the false hope that you have a 10kg Carp on the end of the line, where it normally turns out to be a 2kg Mozambique Tilapia. Anglers find that most of these Carp are biting between 9pm and 2am but after two activities seems to die very quickly.

Nagle Dam seems to be producing lots of little Carp between 1-5kgs, but unfortunately there have been no reports of massive fish in this area. Midmar Dam has seemed to turn on over the last week with anglers picking up fish from everywhere between 5-11kgs around the camp sites and the anglers say that Aniseed is the bait of choice at the moment.

Hazelmere is producing some amazing Bass at the moment and hopefully after this huge amount of rain we are having, the Bass fishing gets even better! Anglers are fishing the areas of the dam that have previously not had water, these areas are perfect to catch anything from 1-3 kgs as these Bass will hide in the grass and reeds to eat whatever is lying underneath that normally wouldn’t be in the water. A good lure to use there at the moment would be the 6 inch Lizard in a Pumpkin or June bug colour, this will mimic a Gecko.

Inanda Dam has seemed to have gotten some water back and is producing Bass right up to the water’s edge, these Bass are trying to get back to their old feeding area which would have been under the trees surrounding the dam. If you can see that there is a tree hanging over the water’s edge, throw a surface lure just under the hanging branches of the tree, the Bass will often be sitting under the trees waiting for some sort of food to fall out and begin to struggle in the water.

Shongweni Dam seems to be producing some excellent fish on black weighted flukes, anglers are fishing all over the dam on canoes and kick boats and all seem to be catching, but there have been plenty of Barbel being caught on deep diving rattlers.